Smart Corner, is a gateway project intended to launch the redevelopment of the northern edge of the East Village. This project is a major element of the Park-to-Bay public improvement project that is being concurrently completed by the San Diego Governments (SANDAG) and associated agencies. Site preparation activities also included the construction of a temporary trolley station on an adjacent block and the relocation of the heavily traveled City College Trolley Station. In early 2007, the Trolley was re-routed through the Smart Corner site and the first train rolled through the new station. 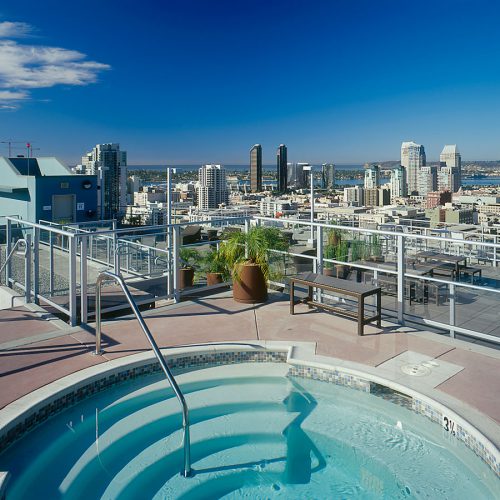 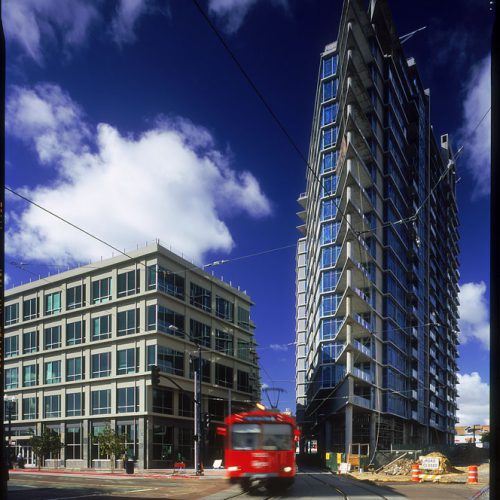 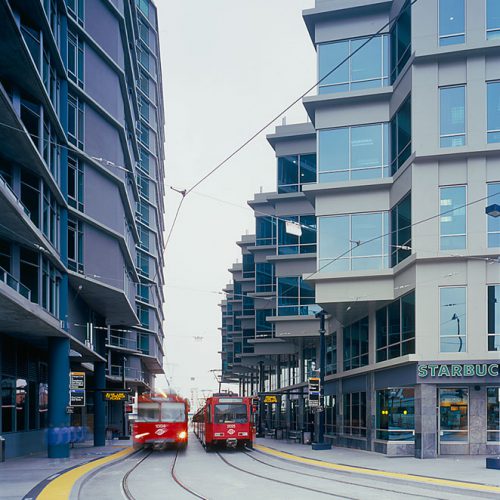 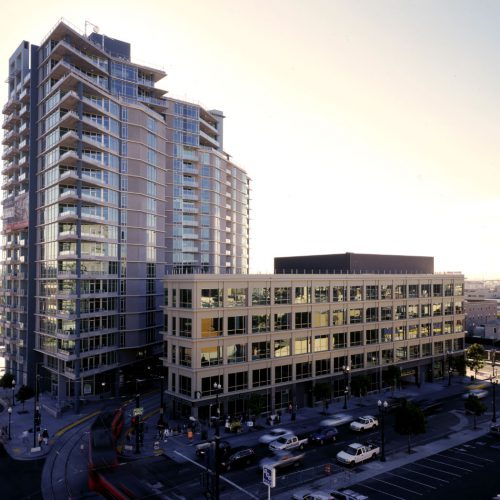 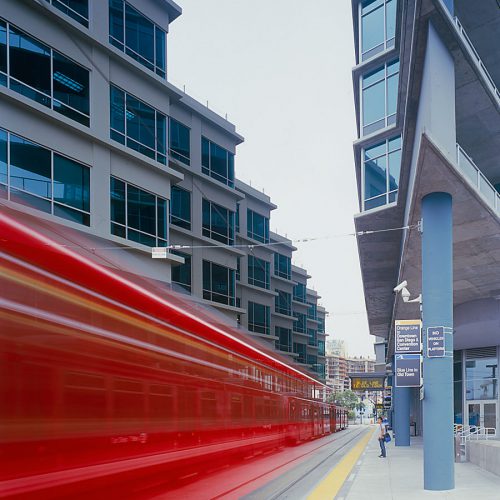